What is said when nobody speaks?

What can people be talking about, when they're just walking together silently over a bridge? How do they communicate?

Did they just talk about serious issues, important stuff that is now weighing over them? Are they thinking together about the specific situation they may be in and how they can make it through? Do they need to pause, catch their breath and make some room in their heads, so they can start to figure things out?

Do people stay silent when they are sad, because anything said would just make it unbearable? Is one of them sad and the other, not knowing how to cheer them up except by, being here?

Could they be alone in their thoughts, absorbed in reflexions that belong only to them, that the other probably wouldn't understand?

Or can people be silent with each other, enjoying the wordless peace, the sounds of the world, the presence of the other and everything surrounding them?


Sometimes people have to cross a bridge, as the joke says, to get to the other side. Sometimes it's the crossing that's more important, the act of walking and the progressive shifts in perspective that they can witness while getting closer to the other side. Other times still it's really about the river beneath, the water that will forever keep flowing under the metal beams, concrete blocks and walking feet, and the life in & around the water that won't care to stop thriving so as to observe two persons several meters above it.


I've been playing Bridge, October 3rd by lowpolis, and as i cross bridges of my own everyday, i hope they can be all as rich and beautiful as this one. 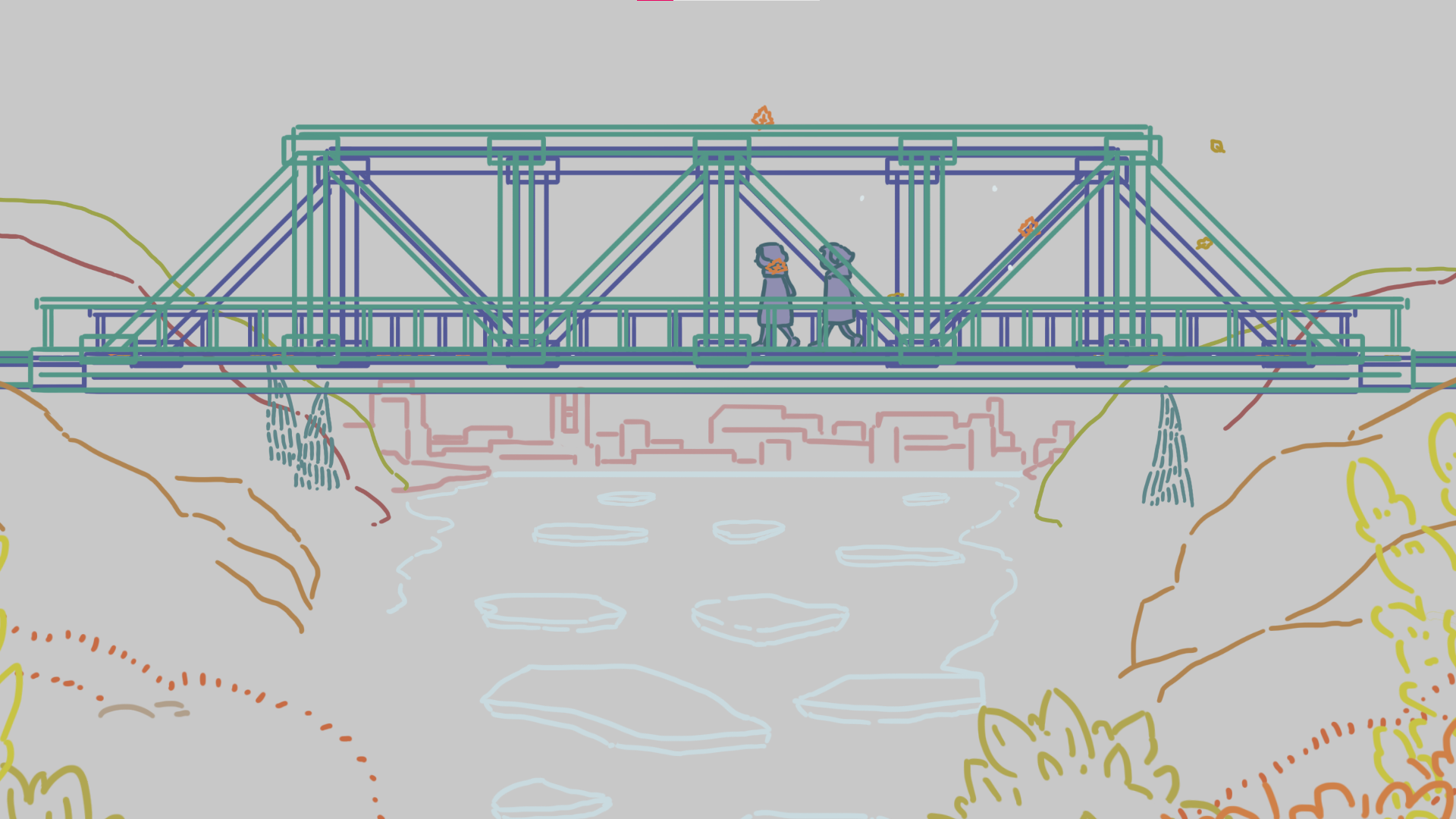